Water is a vital element that everyone should have access to. Make it accessible.

Give the best charity—water. We work with local engineers to install affordable water systems and save Afghan communities from water contamination leading to severe dehydration, disease and, at its worst, death.

“The best form of charity is to give someone water (to drink)” [Ibn Majah].

Water scarcity is a bigger threat in Afghanistan than war. The water crisis figures as one of the worst among Asian countries, with only 27% of the Afghan population having access to safe drinking water and 37% using sanitation facilities (UNAMA).

In rural areas, 96% of the inhabitants still rely on unsafe water sources.

We Can Change This

Water, in Islam, is sacred and, as a Muslim charity, we have a duty to give the poor access to what is, essentially, the source of life.

Here, at Aryana Aid, we have been working with local engineers to supply safe water to hundreds of villages and overcrowded urban area across Afghanistan.

What causes water scarcity in Afghanistan?

It’s not what you think! In 2006, the UN stated that the national crisis of water is not due to a physical absence of freshwater, but due to the mismanagement and lack of water supplies.

This is where your Sadaqah and Zakat make a difference. By donating to our Water Project, you are giving impoverished Afghan communities access to a resource that Allah (swt) proclaimed as every human’s fundamental right.

And even more than that. Since water is used in so many ways – for agriculture, washing, drinking, sanitation – you are contributing to a sustainable future for these communities, where children can actually enjoy their childhoods and pursue their education instead of spending hours in search for a reliable water source.

Twelve-year-old Habiba has calloused feet that are used to repeated treks in harsh winters and scorching summers to collect water for her family in Ghazni Province, Afghanistan. The nearest water source used to be six kilometres away and was also where donkeys and dogs quenched their thirst.

Habiba would repeat her one-hour journey to the nearest water source two to four times a day, which meant she often had to miss school.

“I felt the heaviness on my shoulders. My hands ached”, Habiba shares.

People here had been struggling with water scarcity for as long as they could remember.

Thanks to our local knowledge and experience with small communities otherwise overlooked by other charities, we were able to intervene.

With the help of your donations, Aryana Aid built a tube-well (water tank) to supply clean drinking water to the whole village and provided 16 new tap stands in Habiba’s village, ensuring a free flow of fresh, safe water to 2,650 people, including 520 children.

As a result, school attendance has also increased throughout the community and Habiba is now happy she doesn’t have to miss school to collect water anymore.

“Whenever my mother needs water I just take the jerry can and fill it up at the tap stand near our home”, says Habiba.

Spread the word on our Water Programme and other projects.

We are pleased to submit our 2022 Annual Report, which shows the amazing projects and achievements made possible by your donations. We hope this reassures our donors of our commitment to our causes and projects. To review the report, click on the image below. Thank You!

Build a Well as Sadaqah Jariyah

This is an opportunity to create a long-lasting change in the lives of poor Afghans. When we give Sadaqah Jariyah, it is as if our Sadaqah never ends – each time someone drinks clean water from the well you build, you and your family will be rewarded by Allah Almighty.

ZAKAT MADE EASY – Donate for Water

Although your Zakat can be paid at any time, your Nisab should be calculated on a fixed date each year. Use our online Zakat calculator to help you through the process. 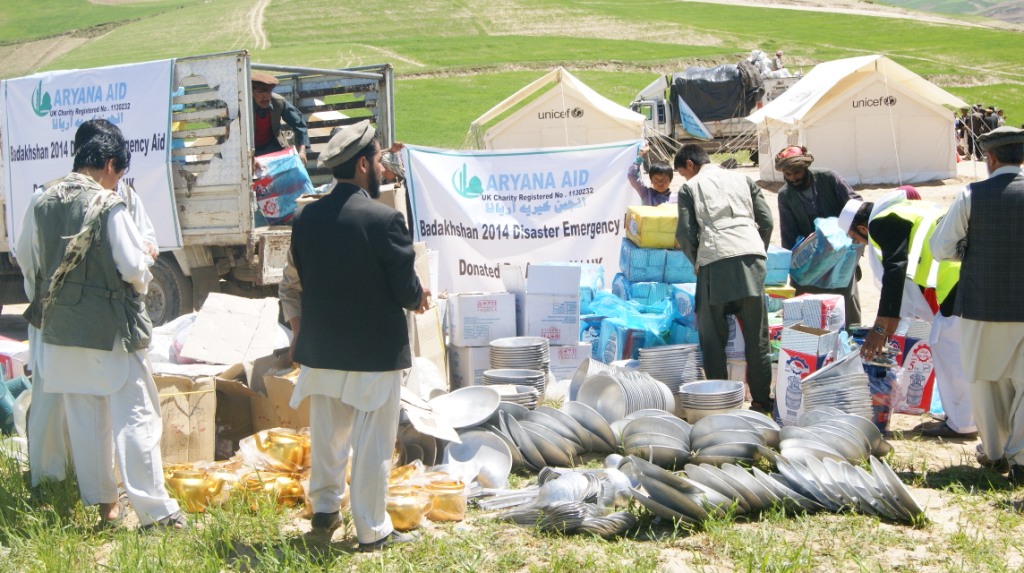